The The origin of the Mystery of Elche has not yet been exactly determined due to a lack of accuracy in the documents. Two local traditions exist regarding its birth. One of them links the Festa with the conquest of the Muslim Elche by the Aragonese troops of James I of Aragon, in 1265, that’s to say, with the birth of the village to Christian civilization. Another legendary tradition tries to give the birth of the Mystery a miraculous origin, relating it to the apparition or “Coming” of the image of the Virgin of Elche on December 29th 1370. In this way the consueta (libretto or festival book) of the Festa would have been found, next to the figure of Mary, inside a wooden ark floating on the waters of the Mediterranean Sea, in the nearby Tamarit Beach (in nowadays Santa Pola), by the soldier and coastguard Francesc Cantó.

Nevertheless, the latest research, both on the Elche’s play itself, and on medieval European theatre in general, agree to date The Mystery of Elche to the second half of the 15th century- when a peak in theatre with an Assumptionist subject is detected- as the most likely.

If we make a short overview of the historic documentation of the play, we find out that, in its beginnings, it was organized by some families of the local small nobility, like the Perpinyàs or the Caros. The oldest documental reference of the Festa we have been able to trace to the present day dates back to the deeds of a woman from Elche, Isabel Caro, in 1523. In her last will she leaves an amount of money to continue a “great feast and solemnity” that religious people of the village celebrated in the church of Saint Mary during the festivity of the Assumption of the Mother of God, in honor of a figure of the Virgin that the testatrix had in her house and that, after her death, should remain in the hermit of Saint Sebastian.

We have news of the existence in the village in 1530 of the Brotherhood of Our Lady of the Assumption, which had it seed in the cited hermit of Saint Sebastian. This Brotherhood was in charge of preparing the festivity. The Brotherhood was led by some treasurers and butlers and, besides the contributions of brothers and the alms received, it had an annual income from the municipal Council. 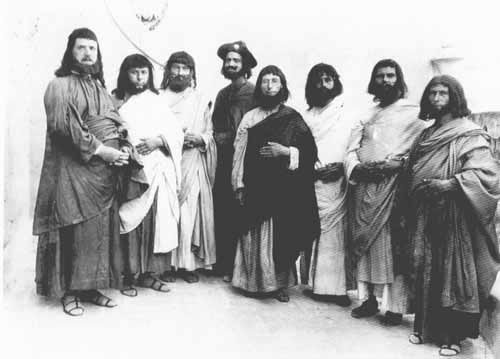 However, the lack of funds and of persons willing to lead the Brotherhood put the Mistery of Elche in a serious danger in the last years of the 16th century. It was in 1609 when, at last, the Council of the village agreed to take in charge the organization and financing of the Festa. In order to do so, a serious of municipal taxes, like those on grain milling and the selling of meat were established. In this way, it should be pointed out that there existed in the city an administration called the “gallon of oil”, which received an alms dedicated to the Virgin, consisting in a gallon of oil for every caldron of oil that the important soap making industry of Elche boiled (centuries 16th to 17th). The profits of that administration were mainly destined to the keeping of the stage machinery and paying musicians and singers.

But, once again, in the first third of the 17th century the Mystery was in danger of disappearing. This time, it was the bishopric of Orihuela that, following the rules of Trento, tried to prohibit the representation because it was held inside a church. The Council of Elche pleaded before the Royal Court of Valencia and, in 1632, managed to get Pope Urban VIII to sign a Rescript granting the privilege allowing the representation of The Mystery of Elche inside the temple of Saint Mary forever.

This was not the only clash to be held between ecclesiastical and civil authorities around the organization of the Festa. In the 1700s- due to a matter of exemption of local taxes for the religious- and in 1734- due to a quarrel about the appointment of the chapel Master- the frictions between both institutions raged up in an alarming way although, in the end, the rights of the Council prevailed, based on the historic customs and traditions preserved in the city. 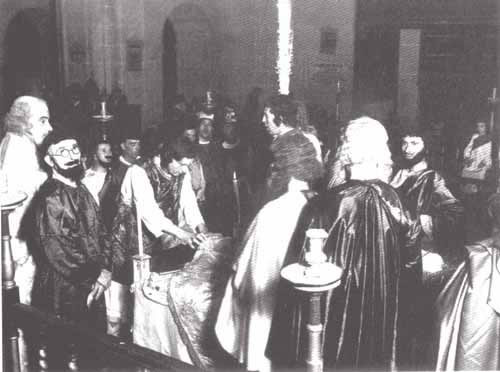 In the last years of the 18th century-with the prohibition of the scene of the Judiada due to the many incidents it created- and in the first years of the 20th century-with the suppression of Elche’s musical chapel- the Mystery entered a period of a clear artistic decadence. This decadence became more pronounced in the last third of the 19th century, both for lack of economic resources dedicated to the play, and for the scarce interest that the inhabitants of Elche, political authorities included, granted it.

Thanks to an awareness campaign led in the city by Pere Ibarra y Ruiz, chronicler and scholar, in 1924 the “Protecting Board of the Festa de Elche” was created. This made possible a staging and musical revision of the play. The score was revised by Oscar Esplá, a musician from Alicante, who set up again the scene of the Judiada, amongst other things. This renaissance period recovered part of the past splendor of the play and had its culmination in 1931, when the Government of the II Republic granted it the title of National Monument. The protection of the state organized its links to the National Board of Music and Lyrical Theatres- directed by the above mentioned Esplá- by means of a primitive local Trust.

After the Civil War (1936-1939), the so called National Board for the Restoration of The Mystery of Elche and its Temples was created. The main mission of this Board was the reconstruction of the church of Saint Mary-burnt down in February 1936- as well as the setting up of the representations of the Mystery, suspended during the war. Once the restoring tasks ended, in 1948, the local Trust was transformed into the National Board of the Mystery of Elche, and after the passing of the Act of the Mystery d’Elx by the regional authorities in December 2005, it became what nowadays is the Board of the Misteri d’Elx. This board has the mission of organizing the assumptionist play. It is backed economically and institutionally by several governmental organizations like the Valencian Regional Goverment, Elche’s City Council and Alicante’s Provincial Govermnent.